Musical, Which No One Saw 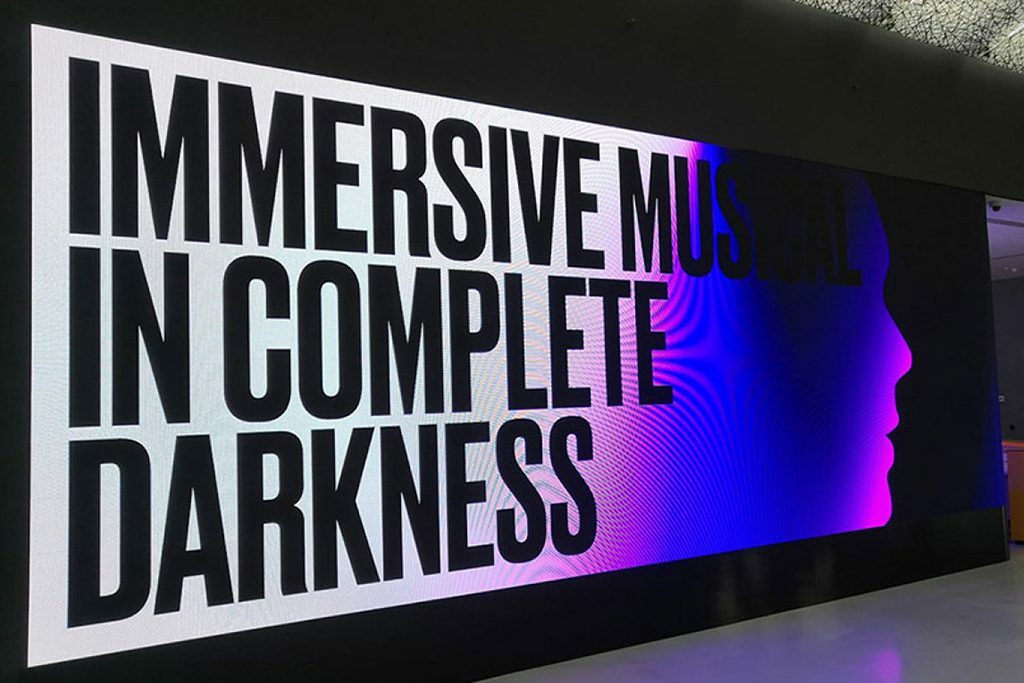 Read the interview of Tobias Raisner, former Siemens top manager and now — the organizer of Concerts in the Dark and other cultural and social events in Russia.

Immersive musical “Light Inside” has been created by Bez Granitz Cultural Center team — they see their mission in the entertaining and educating people by drawing attention to the potentials, rather than deficits, thus giving the visitors a transformative experience.

It will be the first full musical in the world, performed in total darkness, with the participation of 17 blind people.

Tobias, you were top manager for Siemens corporation — why did you choose to change your career? Now you organize cool and very complex projects in Russia to solve social problems and do business simultaneously. How it happened?

I had a wonderful and fulfilled time at Siemens Medical Solutions Group over more than 17 years. I was always interested to work in fast changing environments — Russia, China and Japan gave me a lot of experience.

I discovered my entrepreneurial interest in 2003 when I started an IT venture in Russia, which developed into a sustainable business case over the past 17 years. In 2008 I discovered my interest for social entrepreneurship and started a series of projects, related to people with disabilities. In 2008 we started Bezgraniz Couture and in 2012 followed the franchise of Dialogue in the Dark for Russian market (Dialogue in the Dark is a concept, developed by Dialogue Social Enterprise, Hamburg).

Where did you find the crew for the show?

We call for casting during September, 2018 and more than 160 musicians want to participate. We test all of them in the darkness — do they afraid, how opened they are to the unknown environment. Then we selected 50 musicians and then start working together, and today we have a team of 22 members. Among those 22 musicians there are two blind persons (1 saxophone player and 1 singer). Additionally, we do have 18 blind guides, who will help the visitors in the dark zone during the show.

This musical is written independently, especially for us; music did not play before anywhere. It is premiere — immersive musical in complete darkness. We have Concerts in the Dark before, but not the whole musical. The author and composer of “Light in the Dark” is Michaela Steinhauer, originally from Germany, but for 15 years she lives in Moscow. Co-composer, arranger and music supervisor Roman Stolyar is from Novosibirsk. More information about team you can find in our page https://musicalinthedark.com/en/

How do you come with the idea of musical in the dark?

First, in 2014 we started Concerts in the Dark. They were also done by Michaela Steinhauer and Roman Stolyar, and authors fall in love with darkness. It gives them extra creativity, extra push, they like the idea to become creative in the darkness very much. And when we were sitting together and thinking what to do next, and I said that I want to do something more sustainable, that has a story around. That is how Michaela come up with the idea of musical, because she had written several musicals, and said: “Why not to put down all this messages, that we have to the audience, in the musical story?”

We want to tell average people that the life without eyesight, without seeing, can be very valuable, very fulfilled, it is nothing to be afraid about. Because 98% of people who are blind worldwide — are blind by accidents (birth problems is only 2%). It means that it can happened to anyone. Many people are afraid of not seeing, and we can avoid this area to put positive examples — blind people can work, they have families, they are travelling, enjoying the life. On the other hand, we want to show people experience in the darkness, to show that darkness can be enjoyable!

You have to postpone musical premiere for several times, what was the main difficulties?

The main difficulty is always the financing. And second topic — to have a location. As everybody know, locations in Moscow are very expensive, and good locations should be booked a year ahead, and this are the big challenges to organize an event. But finally we succeeded to finalize all the consequences, and bring the budget as low as possible.

Can you consider your enterprise as impact investment?

I think yes! One can find two main social things in the project, one — we train and give the employment opportunity to blind people. Actually we invest a lot of money in training.

In general, we are helping person to become independently mobile, we employed more than 500 blind people all over the world. They usually come to work by themselves by foot, by metro, bus and so on. This means independence, we believe in helping people to live independent life. After the training they can understand the new environment (rooms, offices, etc.), for example, as in two hours.

In Russia we have a team of 10 blind trainers, who work full time in Dialogues in the Dark project. With “Light Inside” musical we do not associate with any government organizations, we want to work independently.

Do you esteem your musical as a venture philanthropy event?

In a way this can be the future path of the project. We have a clear philanthropic goal in creating large scale training and employment possibilities for blind and visually impaired persons (guides/musicians) as well as changing societies’ perception versus OTHERNESS.

We want to show case that it is nothing to be afraid about and that a life without eyesight can be as attractive and fulfilled as a life with eyesight.